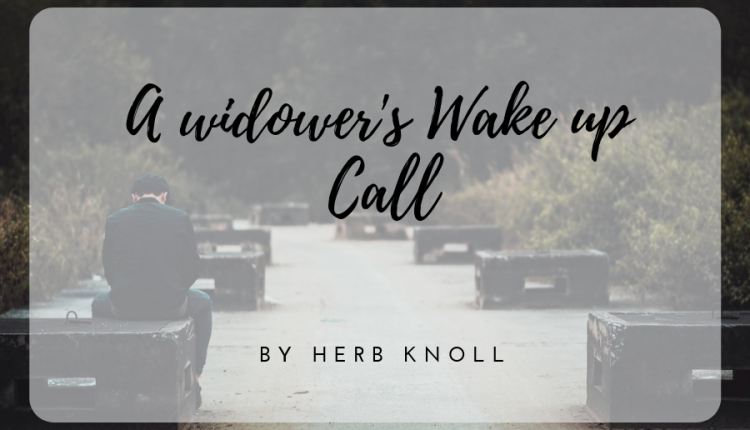 A Widower’s Wake Up Call

“The entire floor misses your laughter,” said the young female staff member standing at my office door.  It had been just four months since my bride, Michelle Knoll, had earned her angel wings following her 39 month battle against pancreatic cancer.  She died on March 7, 2008. “They’re missing my laughter!” Wow! A real wake-up call if there ever was one. I knew I needed help in dealing with my grief, and I intended on finding it.

During the days ahead, I visited my church, a counselor at Veterans Administration and my local Barnes & Noble bookstore.  “What do you have for a new widower” I inquired of the clerk behind the counter. The attendant typed “widower” into his computer’s search engine and then looked up at me, almost apologetically saying, “Mister, I don’t have a damn thing for you.”  How could this be?  Nothing?

Those words spoken to me by the bookstore’s clerk changed my life in ways too numerous to count. There was no way I was willing to accept the apparent lack of materials available to widowed men. Someone needed to write a book for men, and I decided on that very day, that person was me.  As it turns out, later, I did find a few books written for widowers, but they were few in number and inadequate at best. Within a few months, I resigned my position as a senior executive at a nationwide bank and rededicated my life to the service of men who grieve. I embarked on a new journey, a new purpose in which I would tirelessly, and without compensation, endeavour to research the world of widowers and then make my findings available to those who mourn.

What I discovered should frighten us all. According to one report, 155,000 people die each day around the world.  If just 1-5 are the wives of married men, that’s 31,000 new widowers each day. There are 420,000 new widowers each year in America alone.  One in five men in America will eventually be widowed with many of them becoming double widowers. In total, there are about 2.7 million widowers in America. In spite of these numbers, few people are able to name even one widower. That’s because men draw little attention to themselves when grieving. That’s because men do not believe they have permission to grieve.  As a result, widowers withdraw from many facets of society and grieve in the shadows. This is precisely when their trouble begins. 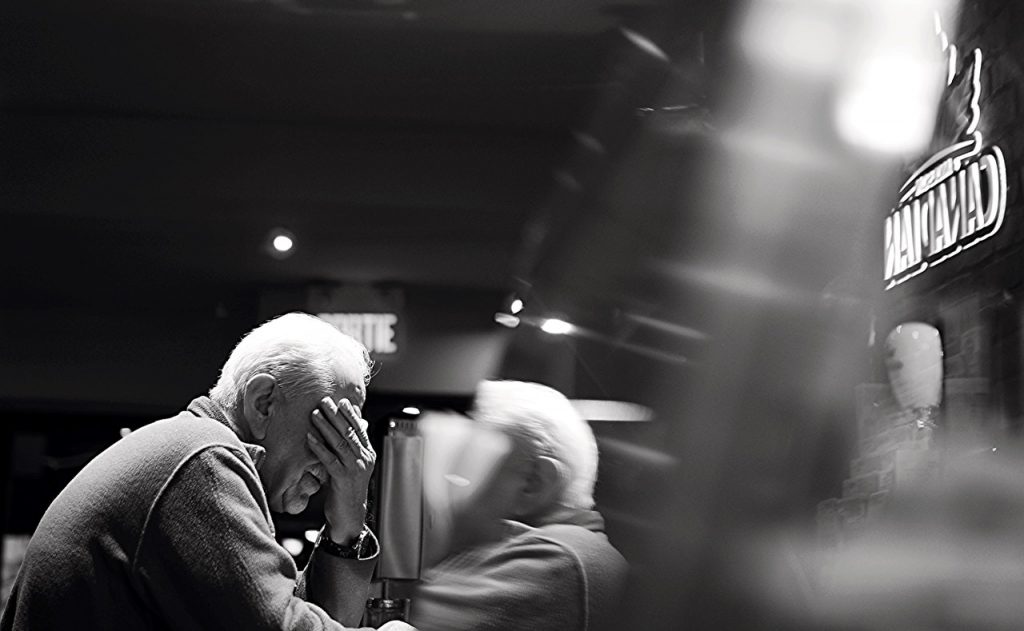 Widowed men have an increased rate of suicide that is 3-4 times greater than that of married men.  They suffer from grief of course, but many widowers also suffer from problems such as substance abuse, alcoholism, diabetes, hypertension, and other ailments.  Sixty-five percent will have a life-threatening illness within twelve months of their wife’s passing. Others suffer from financial concerns, career problems, legal problems, and more, why still others become angry with the Almighty.  Many have difficulty dealing with family members including their own children while still others become the prey of predator women or the victim of poor choices they have made in response to their grief.

To help widowers address these and other challenges, I established the Widowers Support Network (WSN) in 2014, (www.WidowersSupportNetwork.com) whose mission it is to comfort and support widowers and the families who love them.  WSN also supports men who are caregivers for seriously ill or terminally ill spouses. All service provided by WSN is free.

After nine years of research, supported by the candid participation of over forty widowers from across America, as well as the counsel provided by fifteen subject matter experts from the fields of sociology, psychology, law, consumer finance, religion and more, WSN released The Widower’s Journey (2017) in paperback and all digital formats. See Amazon.com.

Today, WSN serves widowers and caregivers from eighteen countries, and its geographic reach is growing rapidly. The Widower’s Journey has become the definitive breakout book of choice for widowers everywhere.  As one widower said it, “The Widower’s Journey is not the kind of book you read only one time.”  And given the book’s substantive content, women love it too!

During coming months, and thanks to Men n’ More, you will be able to enjoy reading a series of articles about widowers and the world in which they are confronted.  Each piece will be laced with detailed research as well as best practices.

A Dating Guide for Senior Men