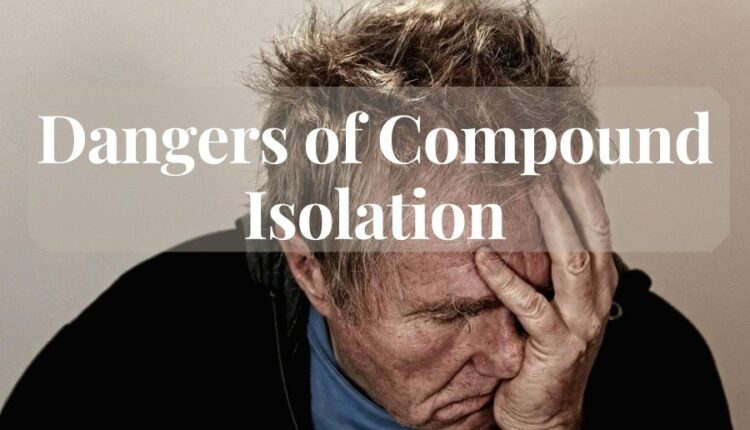 “How has everyone been dealing with the loneliness, especially in this socially distancing world?” Jeremy asked this question, a member of the Widowers Support Network – Members Only, a ministry on Facebook for grieving men who have lost their soulmate.

The responses to Jeremy’s question ranged from “It’s almost indescribable” by Stephen to Bill, who wrote, “I’ve tried the dating sites and haven’t had any luck. I just know I don’t want to be alone anymore.”

Add to this challenge how men aren’t the best at developing friendships, resulting in a lack of those who could represent their support group. Wives frequently double as the head of the family’s social calendar. After the wife dies, the men are left to fend for themselves, often without success. The couples you use to chum around with, frequently fail to include the newly minted widower in future gatherings. One widower shared with me how his best friend stops inviting him over because he was fearful the widower would hit on his wife.

Is it any wonder widowers’ resort to climbing into their bunker while saying, “I’m fine, leave me alone with my thoughts?” Widowed men widely hold this misguided view.  In reality, widowers desperately wished to have someone come and visit, meet them for lunch, or include them in a gathering, but to ask for such inclusion would be to admit a weakness, or so widowers think, resulting in self-imposed Isolation.

And just when you thought the widower was coming out of his grief journey, the world was beset by a pandemic, and the widower develops a bad case of Compound Isolation. Self-distancing becomes the mandate, preventing family and friends from visiting the ailing widower to comfort him, now forcing supporters to identify new ways to be there for him.

I asked Dr. Deborah Carr, Chair of Boston University’s Sociology Dept. to explore the topic of Compound Isolation: its risks and its remedies. Dr. Carr has dedicated the past twenty-years studying grief and the end of life issues, as well as how families can prepare together for the impending death of a loved one.

What is Compound Isolation?

Compound Isolation can be defined as that isolation caused by multiple sources, as in the case of a widower self-imposing isolation following the death of a spouse, compounded by government-mandated isolation, i.e., social distancing. 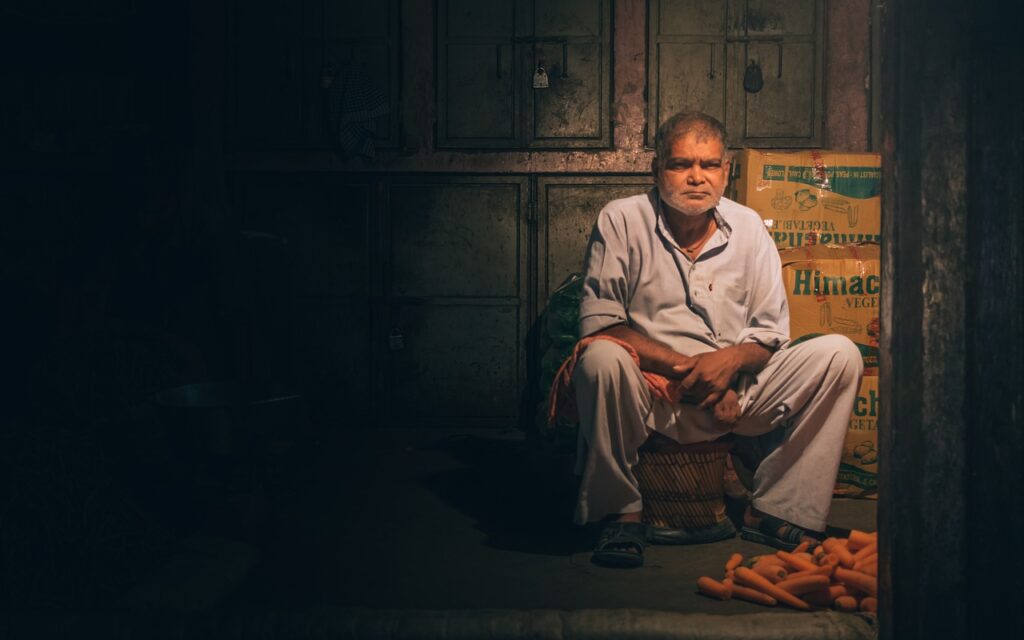 Dr. Carr pointed out how, in most families, the wife or the mom is considered the kin keeper.  The woman tends to be the one historically who reaches out to others, who arranges zoom meetings, birthday parties, etc.  “Widowers have not only lost the love of their life and their health mate, but they’ve also lost their connection to the outside world.”

“Men won’t reach out (even though they would be wise to do so) preferring people to approach them, and that’s hard to do today because there’s no normal social interaction.” They not only miss their family and friends, but they are also yearning for conversation at their company’s water cooler, communication with teammates during meetings, and over lunch with colleagues or clients. They attempt to interact with a clerk at the local Home Depot or Publix grocery store to fill the void that Compound Isolation creates, albeit when wearing a mask. “There’s no interaction with neighbors or his buddies when playing golf,” said Dr. Carr. “Often, men who are widowers, especially if they’re of a certain age, are grappling with health problems of their own.  So, they also have to be really vigilant about not putting themselves at risk,” Carr added.

“So even if they wanted to go out and see other people, some widowers might be hesitant to do so in-person because they were dealing with health symptoms of their own,” said Dr. Carr. Collectively, all of these forces are conspiring to keep widowers in their homes without social connections. 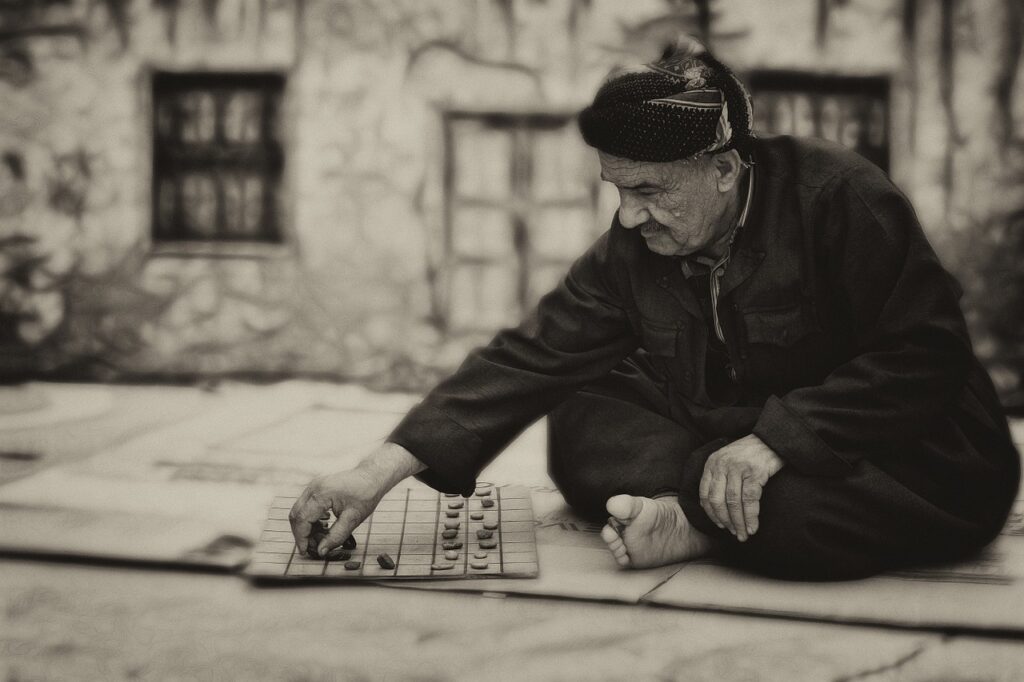 Dr. Carr went on to say that there are a lot of dangers to Compound Isolation.  The first is a widower’s physical health. Arranging doctors’ visits and picking up needed medication can be easily dismissed or postponed.  Studies are showing that loneliness and social isolation, even in non-pandemic times, are linked with mental health problems like depression, anxiety, and heightened grief.  Some health conditions like diabetes or heart disease can also occur. There may be no one around to make sure that a widower is eating and sleeping and behaving in all those ways that helped us sustain our health. Dr. Carr pointed out, “The pandemic has created difficulties for everybody, including economic loss, job loss, and diminishing wealth, including investment wealth.”

I asked Dr. Carr what to watch for if you find yourself suffering from Compound Isolation? She replied, “Often when we’re feeling sad or lonely, we choose to make ourselves feel better.  But sometimes the things that we choose to accomplish this are really harmful. So if we’re feeling really stressed out, doing something like yoga or deep breathing activities, or picking up a phone and calling someone, those are a productive way to deal with feelings of anxiety, loss, or isolation. For others, it might be something like drinking more than one did in the past or staying in bed all day because one is upset, which can lead to muscles atrophying.  Another is eating comfort foods around the clock without the added bonus of going out and burning up those calories.”

If a widower was to ignore the warning signs resulting from possible Compound Isolation, he could be creating even more significant problems for himself. “Without warning signs being observed, a widower is unable to discover what is harming him. If a man’s not going to work, there’s no one around to notice that there’s alcohol on his breath.  If he’s not playing golf, there was no one there to see that he is looking disheveled and that there might be some depression underlying it. This state puts the burden on friends and family members to do a regular reach out, a ZOOM call, even if they’re not asked to do so.” Let’s hope you have family and friends who are willing to serve.  Invite them into your life.  It not only will help them grieve the loss of your wife, but it will also help you during your grief journey. An extra effort is needed to avoid the dangers and risks associated with Compound Isolation. The first line of defence is the widower himself.

Badass Old School Grooming Products That You Should Try

How to Overcome Grief