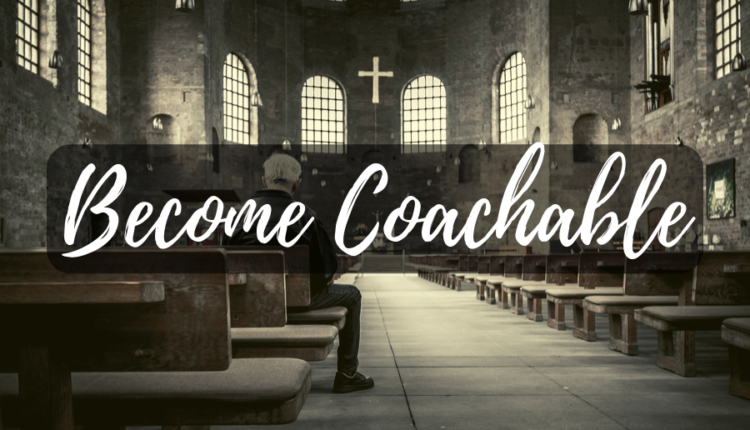 What do Tom Brady, Wayne Gretzky, Michael Jordan, and Derek Jeter all have in common? We could start with a considerable amount of athletic ability. Each has been recognized as among the best of the best in their individual sport.  They also had one secret weapon each used to master their play. One trait that is commonly seen in “high achievers” from all walks of life. They were “coachable.” 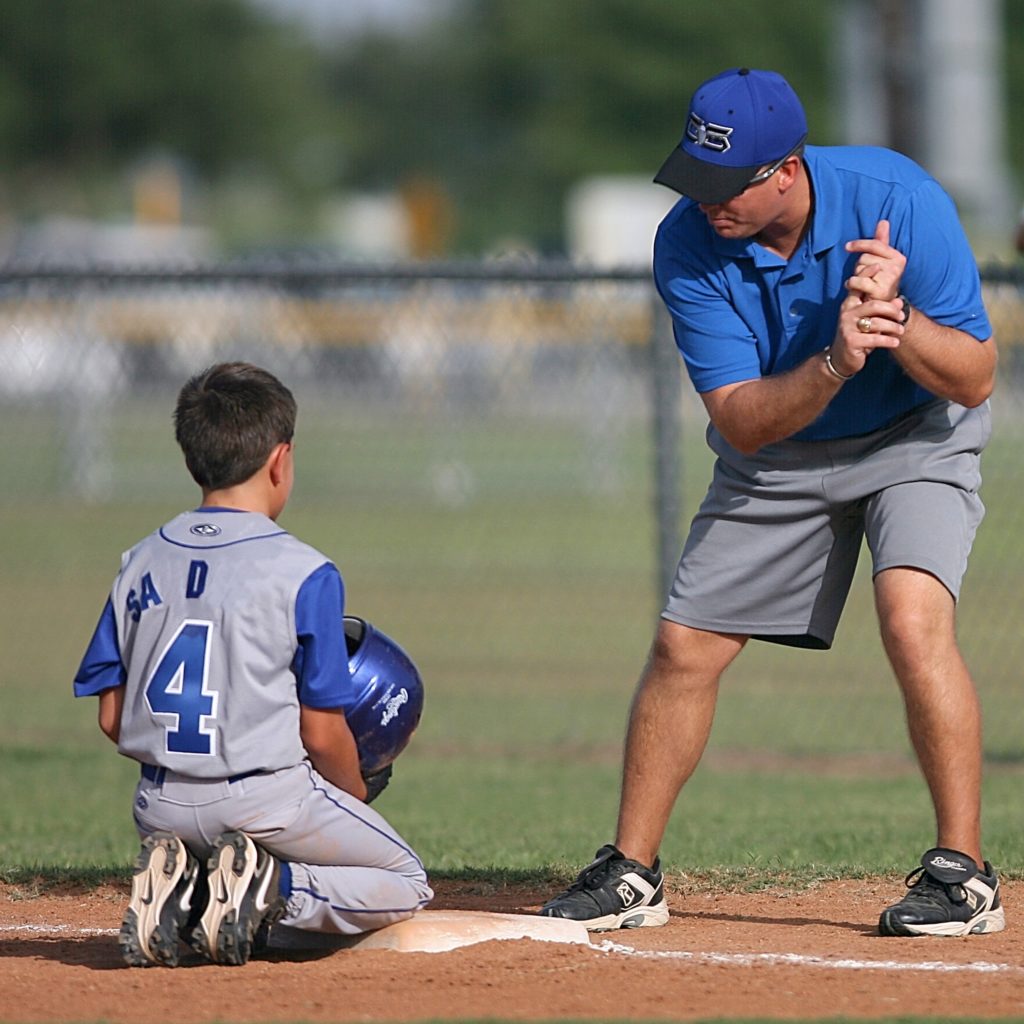 Think about it.  Tom, Wayne, Michael, and Derek earned enormous amounts of salary for their athletic prowess, yet, they were willing subjects who intently listened to the coaching offered by men making a fraction of what the players received.  Why were they so ready to embrace the words of their coaches? It’s simple. Coaches (mentors) make good people better. They help great people become world-class.

As I continue to work with widowers from around the world, I can’t help but notice how some widowers are reluctant to be coached. There are many reasons why this may occur.  The widower’s entrenched ego may prevent him from asking for help, or he simply has too much pride to admit that he might benefit from some sage advice provided by another. Their reluctance to accept coaching could be brought about by the widower’s belief that they know what’s best for themselves.  One widower once told me, “It’s not manly to talk with you,” suggesting that men who are coached are not manly. 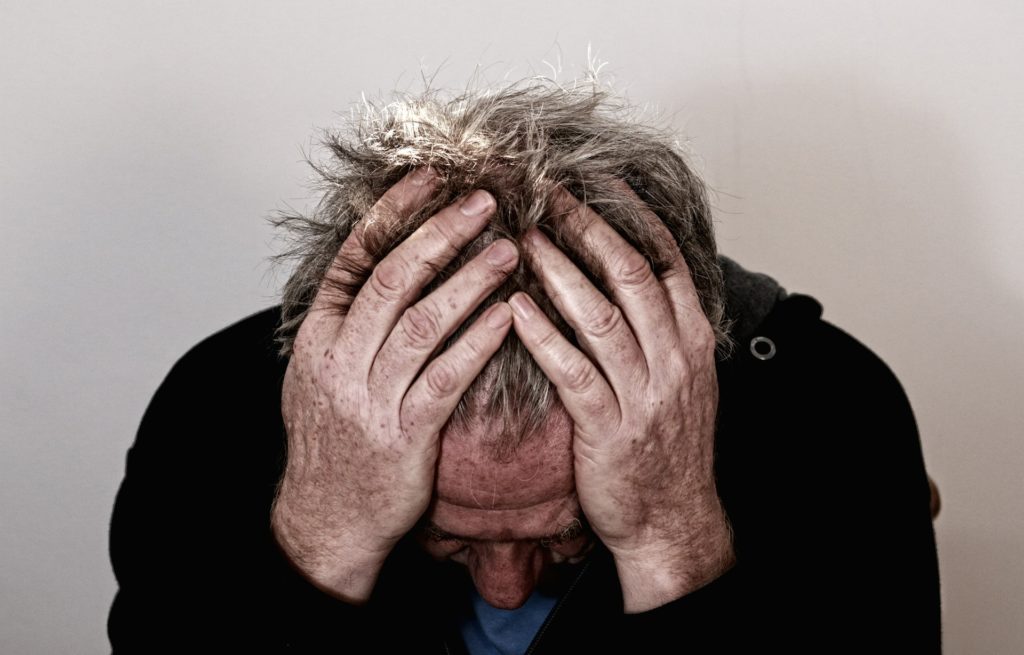 Personally, I love being coached. Throughout my career, I reaped the benefits (not to the level of our athlete’s superstars) of being coached by men who were willing to invest their time in me. Officially, I had four coaches during my 38 years in banking. Each had a gift of being able to fine-tune whatever it was they were working on.  In my case, it was my career, my performance, and my personal development. I considered it a badge of honor when one of my coaches, Rick Barrera of Rancho Santa Fe, California, once said, “Herb is the most coachable man I know.” And why shouldn’t I be? Rick made be a better writer, communicator, and public speaker.

Men are “fixers,” and as such, they recognize that their role in life is to provide and to fix things, even when it’s their own shattered life.  Much like a man who is reluctant to ask for directions, widowers are frequently slow to ask for coaching from someone who has the insights, and the life experiences that, when shared, can accelerate the widower’s travels during his grief journey. Instead, many will go through it alone, many with disappointing results. How senseless. How unfortunate. 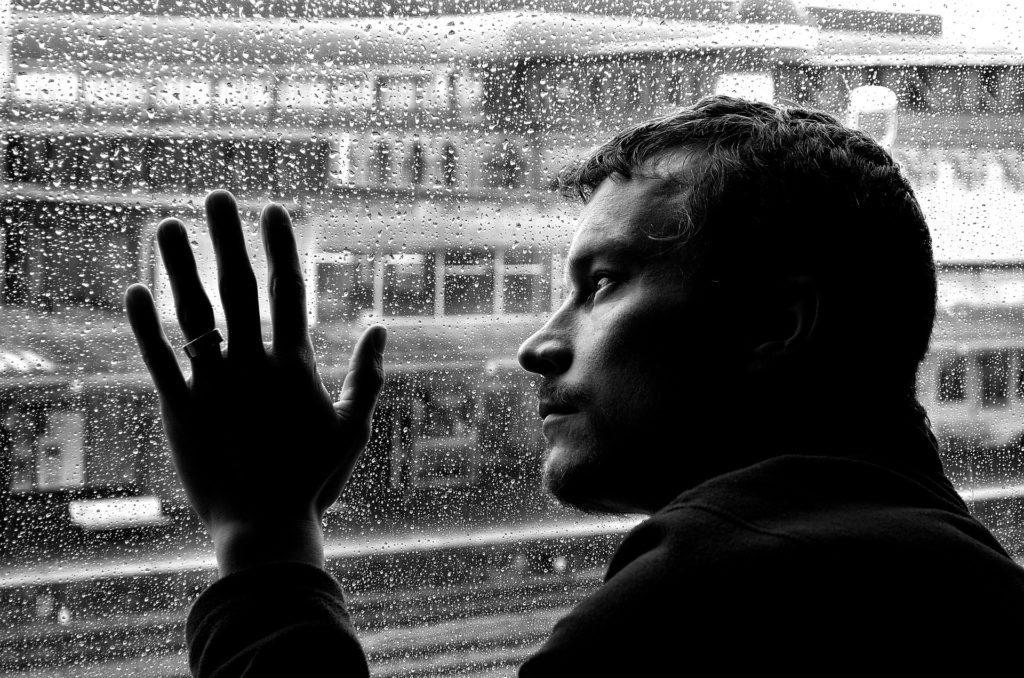 Regardless of a widower’s situation, each needs to remain coachable. I care not their public standing, their age, their education, etc., as each widower, without exception, is vulnerable. Whether they quietly subscribe to the teachings of others from afar, or they formalize the establishment of a personal coach, mentor, or an advocate who will look out for them, widowers would be wise to remain coachable.  And while you’re at it, there is nothing wrong with having several coaches. Remember, I had four official coaches and many unofficial coaches.

Widowers don’t have all the answers to the untold number and yet unseen challenges they will soon be facing. Never have. Never will. I have volumes of stories I could share about widowers who made every mistake imaginable. From excessive depletion of one’s savings to impulsive marriages that lasted but a few weeks. Sadly, many of the self-destructive decisions made by widowers were after they were coached to go in another direction. In those cases, the widowers simply were not “coachable.” They undoubtedly thought they knew better, foolishly believing a man’s DNA included knowing how to fix all of life’s many challenges. 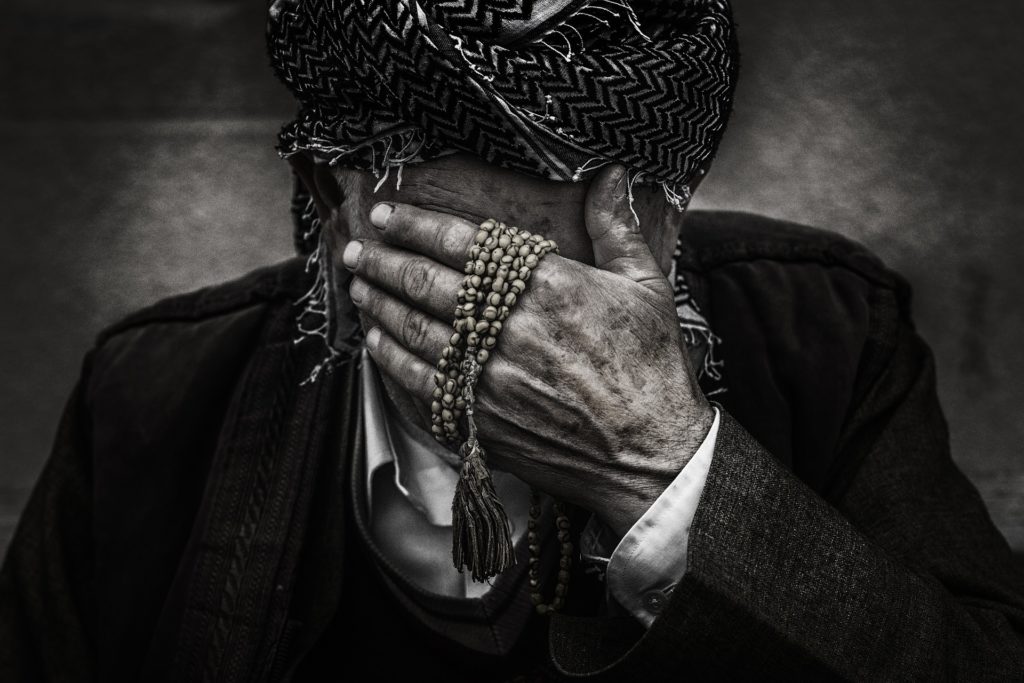 Assemble Your Personal Advisory Board

One way of creating a team of coaches is to establish a support network (I refer to them as a widower’s Personal Advisory Board). They could be a team of individuals, hailing from your collection of lifelong friends, neighbors, a fellow parishioner from your church, relatives or a select group of professionals (doctor, lawyer, financial planner, life-coach, confidante, etc.)  Your Personal Advisory Board represents your go-to team, whose job it is to become familiar with your life situation and advise you as needed. Forming a Personal Advisory Board is a great way to allow another person who is also grieving the loss of your wife to contribute to the healing of the entire family. You could even say it would be therapeutic for them and you. 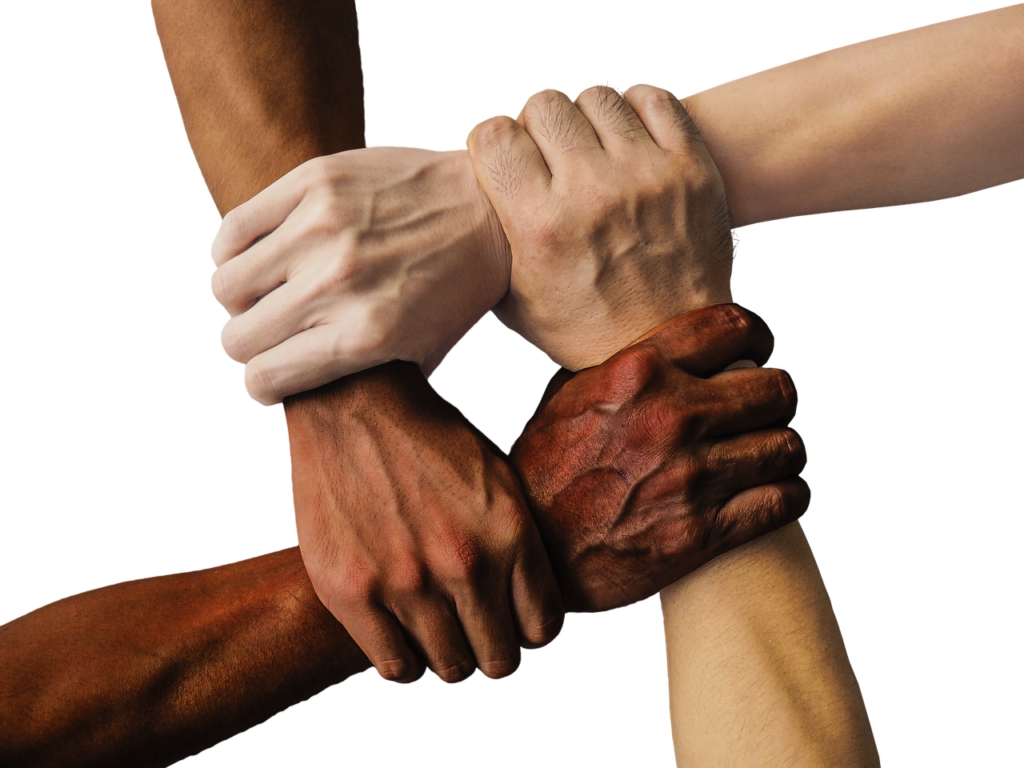 Widower Chris Sweet tells us how he reached out and found one of his old high school buddies that had previously lost his wife. He and I use to play basketball together but lost touch after graduation.  “I felt horrible for him, and I remember how I didn’t know what to say to him. After some time, I found myself thinking how, given his own loss, he was aware of what I was going through, and might be able to help me make sense out of what was going on with me.”   We spoke on the phone and exchanged a few emails. That was all I needed to keep me going a little while longer.”

Chris adds, “Just knowing that there are other people out there like me helped. “I didn’t need to become best friends or go out for coffee every day, so we could share stories.  I just needed to know they were there if needed.”

I asked widower and subject matter expert, Catholic priest Rev. Gregg Elliott if he thought men had a difficult time reaching for help?  “I had always been taught to be the rock regardless of the situation,” says Father Elliott. “In the military, where I spent twenty-eight years, men are taught to be not so much self-sufficient but sufficiently strong enough to handle whatever came along. It is part of the grieving process that men, over time, will reach the stage when they recognize how they are in need of help.” The realization of the need causes the widower to muster the courage necessary to reveal his need to the appropriate source of relief for his desired help. 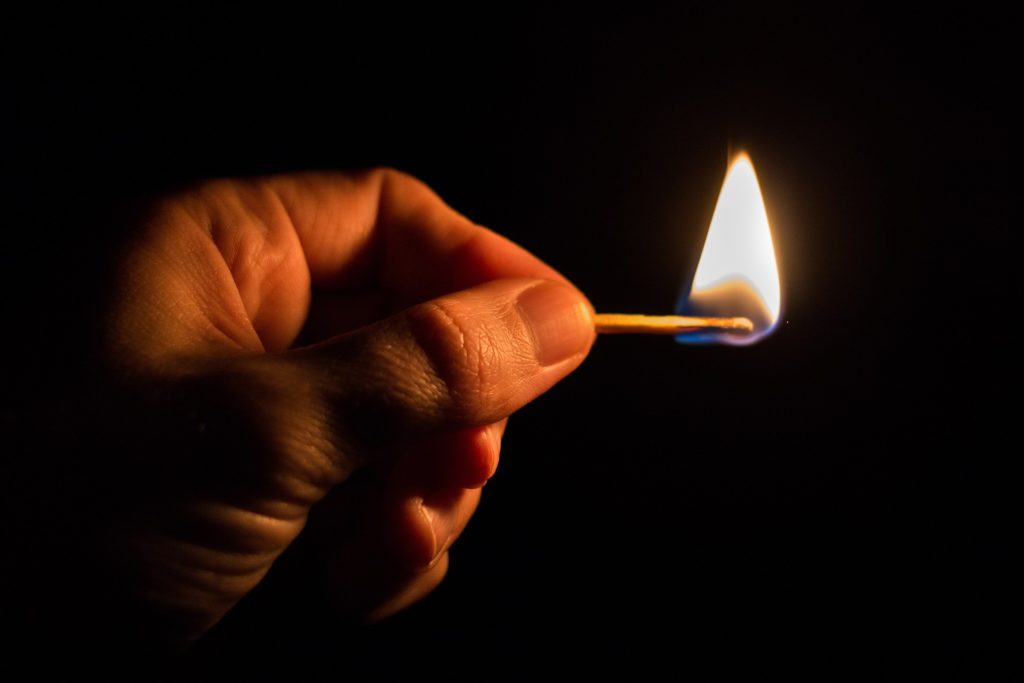 Grieving will take its toll on the best of men. Those who hope to recover need to mimic the behaviors of our sports heroes.  Identify your coaches, your mentors, and your advocates… and then for Pete’s sake, listen to them.

Widowers eager to receive group coaching are invited to join the Widowers Support Network – Members Only, a free and private Facebook (men only) page for widowers and caregivers of seriously ill spouses.  Now, where’s my whistle and clipboard.

Why do You Need a Break

The Importance of Digital Detox