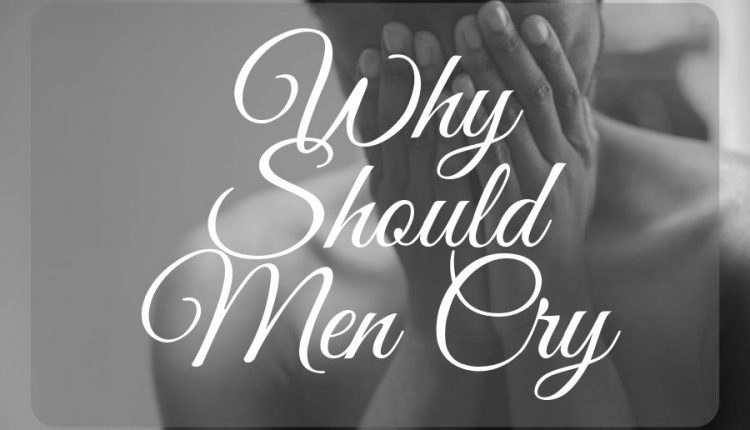 Why it is Okay for Men to Cry

From the time little boys are first able to walk, in some cases even before they can walk, parents begin shaping the psyche of their sons by telling them, “Boys don’t cry. ” Oh really… who says so?  Whoever it was, they should be prosecuted for the harm they have imposed on to men, young and old alike.

Who among us doesn’t know a man who when faced with a painful situation such as the loss of a spouse or life partner, turned to tears, only to quickly apologize for having shed them? Why is it society holds men to a different set of emotional standards vs. women?

Why Crying is considered unmanly and beta?

Men Do Not Believe They Have Permission To Grieve. 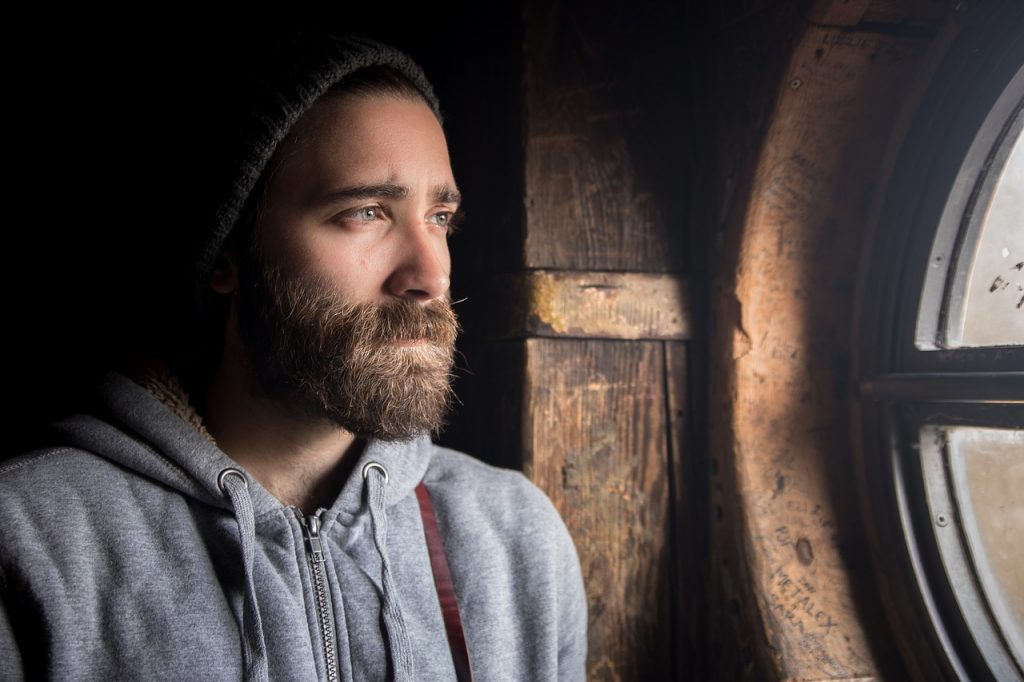 A few years back I was asked to lead a widowers grief seminar in Connecticut.  The audience comprised mostly of retired widowers gathered to share their grief.  Suddenly, the room took on a life of its own. Once presented with an environment in which they were permitted to express their sorrow, the participants opened up with both barrels. One gentleman who lost his wife nearly two years earlier cried openly while loudly screaming loving words about his loss and did so in front of men he didn’t even know.  I witnessed another attendee, reach out to the weeping gentlemen with gestures and words laced with warmth and understanding about the pain a widower may experience.

Immediately following the dynamic exchange, it came to me. Men do not believe they have permission to grieve.  At least not in a public forum or where their ego-strength may find itself in harm’s way.  After all, they are men. And men aren’t supposed to cry for to do so would raise the critical eye of family, friends, colleagues, fellow parishioners, and even strangers.  Employers may suspect a man who cries is weak, and can not be trusted with select responsibilities. Sadly, the careers of some men have suffered for this very reason.

When Ashley Altus of the Baylor Lariat asked Baylor University’s Dr. Mark Morman, “How are boys forced to prove their masculinity in today’s society?” Morman replied: “The obvious is control your emotions, don’t be seen as emotional, don’t be seen as open, vulnerable, keep it under control.”  Dr. Morman went on to say how even the jobs we pursue as men reinforce our identity with those… “kinds of masculine things.”

Not surprisingly, the double standard society applies to the behaviors of men vs. those they hold for women is not as prevalent among younger males. Clearly, baby-boomers and perhaps those generations that immediately followed are more likely to keep the belief that men should clothe their tears in what shadows are available. Suppression of one‘s emotions has been a long-standing behavior adopted by most men. They just don’t speak about their pain.  Seclusion is another; where men who are grieving opt to remain out of the public eye, adopting a lifestyle of cocooning within the confines of their home, rarely venturing out where they could risk embarrassment should their emotions be stimulated by a triggered memory.

Charles Dickens once said, “Heaven knows we need never be ashamed of our tears, for they are rain upon the blinding dust of earth, overlying our hard hearts.” Dickens wrote this in 1861.  Yet, over 150 years later, there remain those, including members of our own families who shy away from any man whose grief transitions into tears running down his cheek. 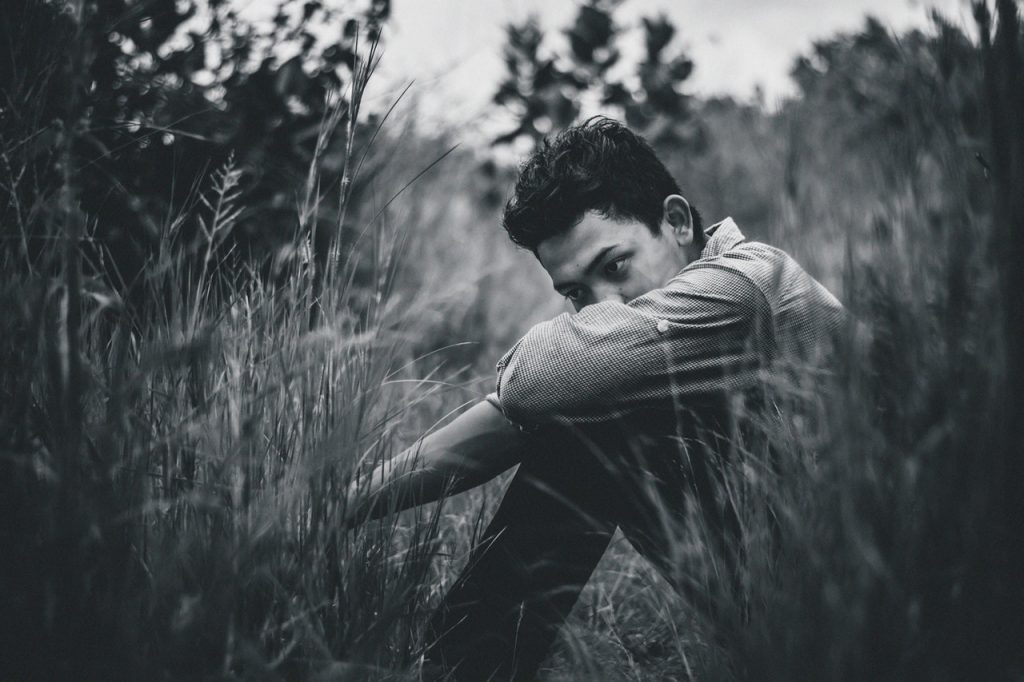 An excellent example of this occurred when a friend encouraged me to contact a local veterans organization whose membership included many widowers. As I outlined the programs and materials available from my ministry, the group’s program director, himself a widower interrupted to say, “I’m a widower, and I got over it. They’re just going to have to get over it on their own.” Huh!  Widowed members of his veterans organization are grieving their loss, and his only offer of support is to tell them to “get over it.” Old habits die hard.

A Place Where Crying Is Viewed As Manly

Among the communications channels employed by the Widowers Support Network are its website, WidowersSupportNetwork.com and two Facebook pages. The first Facebook page is titled Widowers Support Network.  After a couple of years, I noted how this Facebook page attracted both men and women, but it was the women who were commenting and contributing the most.  That caused me to establish the second Facebook page. Its title is Widowers Support Network – Members Only or WSN-MO.  WSN-MO is a private members only page for men who are either widowed or are serving as caregivers for seriously ill spouses or life-partners.  First opened in March 2018, today WSN-MO is approaching nearly 500 registered members from 19 countries including the United States, England, India, Nigeria, Canada, France, Australia and beyond. It did so without the help of any advertising; instead, membership grew organically, a direct result of referrals made by WSN-MO’s members.  WSN-MO boasts members from all walks of life and social and economic backgrounds. From corporate officers and laborers, truck drivers to retirees, young professionals to military officers (including a couple generals) no one is denied membership. On WSN-MO, all who grieve are treated equally.

On WSN-MO, grown men cry, and they do so daily and openly. They do so without the risk of ridicule from their fellow widower. Instead, they are encouraged to express their most private of feelings and emotions, and this they do without hesitation. Members speak of their sorrow, their regrets, failed dreams, and cherished memories. To my delight, the brothers (the title they use to refer to one another) run to the emotional aid of those who may be having a bad day. They also laugh, kid one another, share memories and stay up to date on sports, cooking for one, personal finances, dating and so much more.  Best practices are routinely shared, and no topic is off limits except politics. When one member celebrates a win in life, no matter how small, they all take a bow. And no one is shunned for their manly tears… for to cry is first to have loved. At the Widowers Support Network – Members Only on Facebook, men of all ages have permission to grieve… and to shed a tear if they wish to do so.

Herb Knoll is a retired banking executive, an advocate for Widowers, a professional speaker and author of the breakout book, The Widower’s Journey.  Available at Amazon.com in paperback and in all digital formats. Herb is the founder of the Widower’s Support Network (WidowersSupportNetwork.com) featuring the Widowers Support Network – Members Only, a private Facebook group page for men, and a second Facebook page which is open to the general public at Widowers Support Network.  Contact Herb at  herb@WidowersSupportNetwork.com.

How To Manage Money Efficiently

How To Become A High Value Man